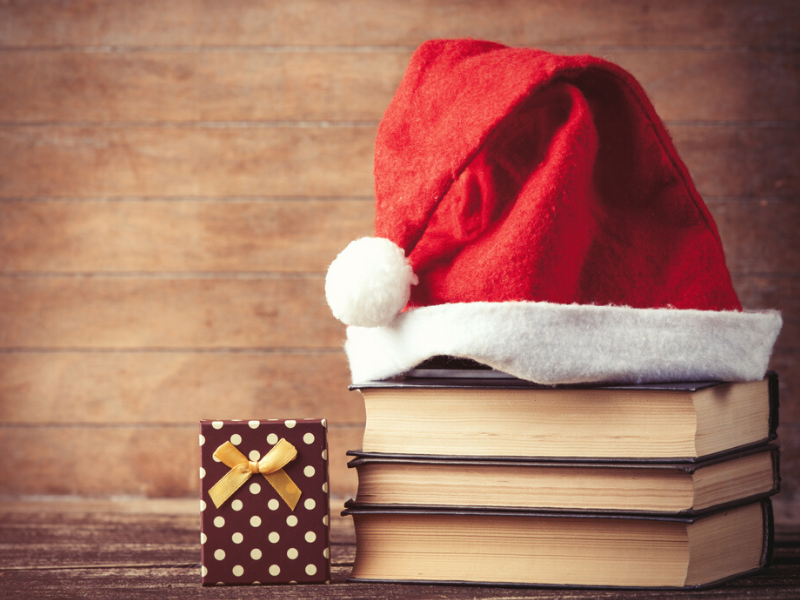 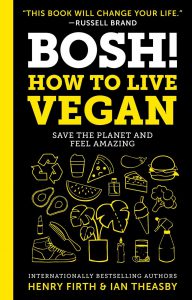 Save the Planet and Feel Amazing

BOSH!, the pioneers of simple, easy and delicious plant-based cooking, are here to make a sustainable and ethical lifestyle accessible to everyone.

BOSH! How to Live Vegan will help you make a few positive changes that will have a huge impact on the world around you. It covers all aspects of vegan living, everything from food to toiletries to travel. Should you be eating avocados? Is it still ok to wear an old leather belt? What do you tell your friends when they offer you a glass of non-vegan wine? Henry and Ian will answer these questions and more in this fully-comprehensive guide to the how and the why of a plant-based lifestyle.

Henry and Ian answer all the questions and more, with easy tips and simple hacks to help you live a more sustainable life. Whether you’re already vegan or just about to start on your vegan journey, this is all the inspiration you need.

2. Cookie and the Most Annoying Boy in the World 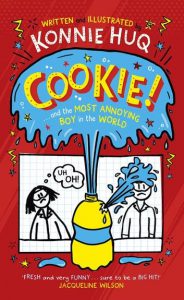 Cookie is desperate for a pet. She wishes and wishes for one, and has practically adopted the sweetest kitten in the pet shop. She has given it a name (Bluey) and only has to persuade her parents. In the meantime she would be happy with a budgie – anything. So she sets a trail of breadcrumbs across the patio into her house. But the sweet little sparrows ignore it and a huge scary pigeon gobbles up the food and flies right into her house! Now what is she going to do? Luckily her bicycle helmet is to hand so she can protect her head and woosh it out – but she still manages to get a bit of poo onto her arm.

ANYWAY what Cookie is also really upset about is that her best friend Keziah is going to be moving away and they have been together forEVER. But THEN to make things worse she is visiting Bluey in the pet shop and a horrible BOY comes in with his parents and buys BLUEY from right under her nose! Could things get any worse? YES. Because when the new boy, Jake, is introduced at school the next day it is only the boy who STOLE her cat from her AND her teacher asks her to look after this boy!! After he has stolen her cat!

ANYWAY really Cookie is most excited about the opportunity to be on BRAINBUSTERS, the TV quiz show! Cookie loves facts and is always curious and this is just up her street. All she has to do is win the Science competition to win a place to represent the school!it’s up to Cookie to keep her head and not get over excited. Not Cookie’s strong point! Keep calm, Cookie!

Bubbling over with energy and fun, this dynamic new series will have readers laughing out loud! 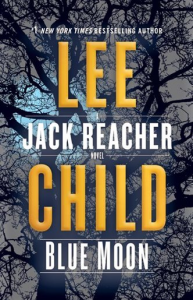 In the next highly anticipated installment of Lee Child’s acclaimed suspense series, Jack Reacher comes to the aid of an elderly couple and confronts his most dangerous opponents yet.

“Jack Reacher is today’s James Bond, a thriller hero we can’t get enough of.”—Ken Follett“This is a random universe,” Reacher says. “Once in a blue moon things turn out just right.”This isn’t one of those times.

Reacher is on a Greyhound bus, minding his own business, with no particular place to go, and all the time in the world to get there. Then he steps off the bus to help an old man who is obviously just a victim waiting to happen. But you know what they say about good deeds. Now Reacher wants to make it right.

An elderly couple have made a few well-meaning mistakes, and now they owe big money to some very bad people. One brazen move leads to another, and suddenly Reacher finds himself a wanted man in the middle of a brutal turf war between rival Ukrainian and Albanian gangs.

Reacher has to stay one step ahead of the loan sharks, the thugs, and the assassins. He teams up with a fed-up waitress who knows a little more than she’s letting on, and sets out to take down the powerful and make the greedy pay. It’s a long shot. The odds are against him. But Reacher believes in a certain kind of justice . . . the kind that comes along once in a blue moon. 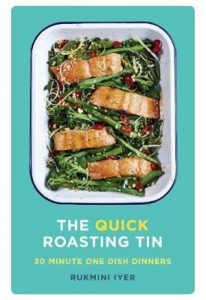 The Quick Roasting Tin contains 75 new all-in-one tin recipes from quick weeknight dinners to make-ahead lunchboxes and family favourites. All meals take just 10 minutes to prep, and no longer than 30 minutes in the oven.
Just chop a few ingredients, pop them into a roasting tin, and kick back while the oven does the work. This book is perfect for anyone who wants fresh, delicious, hassle-free food and minimal washing up!

Praise for The Green Roasting Tin-

‘It’s a boon for any busy household’ Jay Rayner 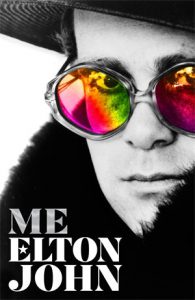 In his first and only official autobiography, music icon Elton John reveals the truth about his extraordinary life, which is also the subject of the smash-hit film Rocketman. The result is Me – the joyously funny, honest and moving story of the most enduringly successful singer/songwriter of all time.

Christened Reginald Dwight, he was a shy boy with Buddy Holly glasses who grew up in the London suburb of Pinner and dreamed of becoming a pop star. By the age of twenty-three, he was performing his first gig in America, facing an astonished audience in his bright yellow dungarees, a star-spangled T-shirt and boots with wings. Elton John had arrived and the music world would never be the same again.

His life has been full of drama, from the early rejection of his work with songwriting partner Bernie Taupin to spinning out of control as a chart-topping superstar; from half-heartedly trying to drown himself in his LA swimming pool to disco-dancing with the Queen; from friendships with John Lennon, Freddie Mercury and George Michael to setting up his AIDS Foundation. All the while, Elton was hiding a drug addiction that would grip him for over a decade.

In Me Elton also writes powerfully about getting clean and changing his life, about finding love with David Furnish and becoming a father. In a voice that is warm, humble and open, this is Elton on his music and his relationships, his passions and his mistakes. This is a story that will stay with you, by a living legend.

6. Acid For The Children – Autobiography of Flea, the Red Hot Chili Peppers Legend 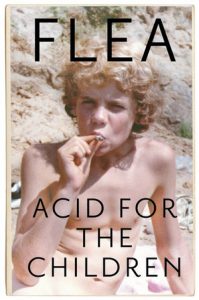 Flea, the iconic bassist and co-founder, alongside Anthony Kiedis, of the immortal Red Hot Chili Peppers finally tells his fascinating origin story, complete with all the dizzying highs and the gutter lows you’d expect from an LA street rat turned world-famous rock star.

The strange tale of a boy named Flea starts in Rye, NY. It was all very normal. But soon his parents divorced and his mother Patricia remarried a jazz musician. Flea’s stepfather frequently invited musicians to his house for jam sessions which sparked Flea’s interest in music. The family moved to Los Angeles, where Flea became fascinated with the trumpet, idolizing musicians like Miles, Dizzy, and Louis.

But the family soon fell apart, “I was raised in a very violent, alcoholic household,” Flea later said. “I grew up being terrified of my parents, particularly my father figures. It caused [me] a lot of trouble later in life.” He began smoking weed at 13, and became a daily user of harder drugs. He was on the streets by 14 and soon after, met another social outcast and drug user named Anthony Kiedis. They form a band that would become the Red Hot Chili Peppers.

Acid For The Children is pure, uncut Flea, with nothing left unsaid. 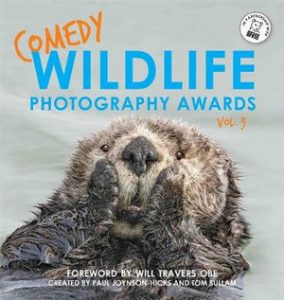 The perfect gift for animal lovers is back featuring the funniest photographs of wildlife from around the world!

It’s time to dust off your camera, pick up your binoculars and head back to the great outdoors as the much-loved Comedy Wildlife Photography Awards return once again with the best, as well as never-before-seen, photographs of wildlife; a waving polar bear; a squirrel photographer and even a pair of gracefully ice-skating penguins. This is a must-have book that is perfect for animal lovers and a wonderful celebration of natural habitats all over the world!

The Comedy Wildlife Photography Awards is one of the most popular celebrations of animal welfare and receives thousands of entries every year. It celebrates animals in their natural habitats being themselves. Backed by the global conservation charity Born Free Foundation, the awards applaud the tireless efforts made by some of the most talented wildlife photographers on the planet. 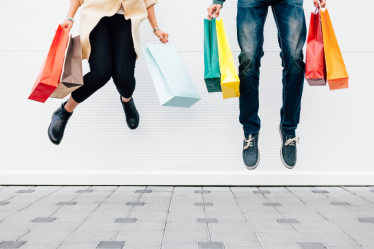 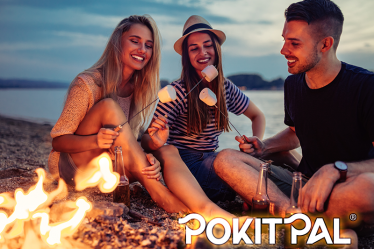 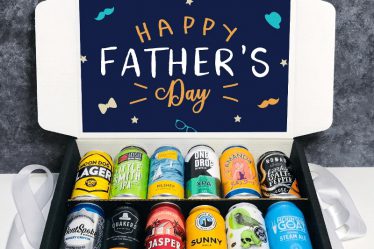 Get your FREE six inch sub from participating Subway stores by downloading the PokitPal app on your iPhone or Android and signing up today. It’s free, easy and simple. What are you waiting for? 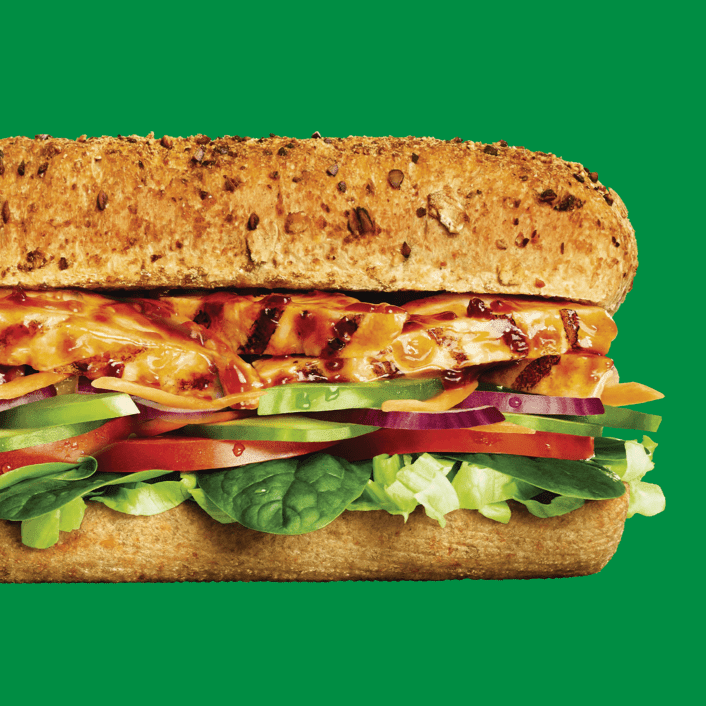